“…the shift of oil demand from the West to the East is now rapidly accelerating” and “refining margins have become more volatile.”

Iraq, Saudi on OPEC collision course over next oil curb:  “OPEC curbs may be needed in 2013 as stocks swell” at Reuters.  Dennis Gartman suggested suggests oil prices are heading lower.  Lower oil prices would not be sustainable because OPEC will defend $100 Brent (imo) and the cost of marginal production higher than understood.

Exxon Sees Continent as Energy Exporter at the WSJ.  The article is good but you must google the title to bypass the paywall.

Energy bulls, meanwhile, salivate over too much extrapolation of decline rates: 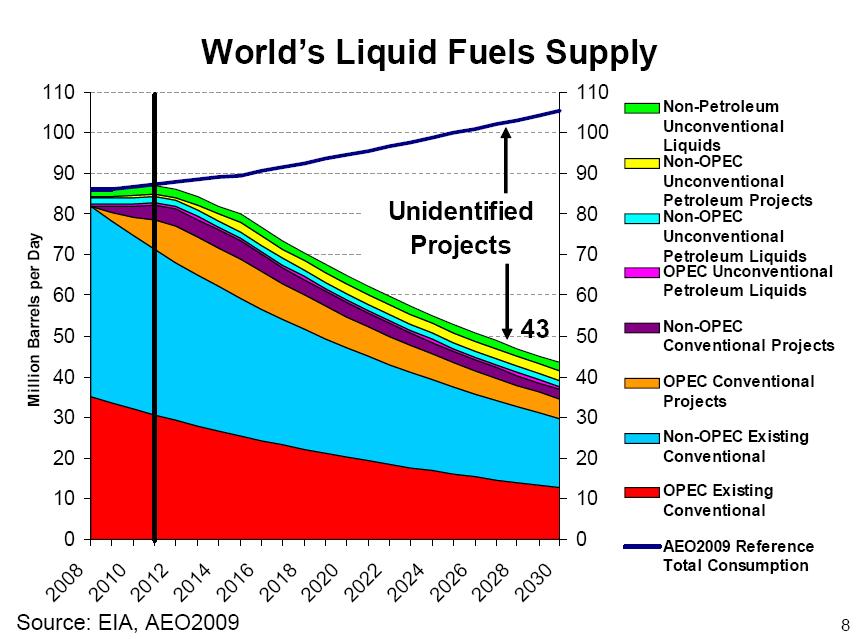 “On the whole, China’s net coal imports have increased by 39.5 percent so far this year, to 217 million tons” at Coal Investing News.  The numbers are staggering.

““Coal is going through a retirement cycle” at Ohio.

Gas to become dominant baseload fuel for US generation by 2017: Bentek at Platts.

Coal-fired generation fell 9% in 2012 and will drop another 12% by
2017 by Bentek.  Natty takes the market share, while eventually renewables will add up as solar installations climb: For Paul:  “The Japanese are in Uzbekistan because they need uranium” and Picturing ag in 2030.  Agriculture.com is another resource.