The energy piece of the economic puzzle has morphed over the last several years.  From a macro economic perspective, energy does not appear to be a headwind.  Energy is providing a sustainable economic competitive advantage in the U.S.

Perhaps the energy secular bull market has past, and investors instead will have only cyclical conditions with which to contend going forward.  Let 24 diverse links help tell the story:

Saudi oil Minister Al-Naimi:  “everybody now is happy with where the prices are. Nobody is complaining about high prices or low prices.”  (Arab News)  Sounds like relatively stable oil prices near today’s price deck could be the norm…

E&P capex in 2013 is set to be flat in North America, but rise 7% globally in a sustained rise dependent upon today’s oil price.  AOL Energy 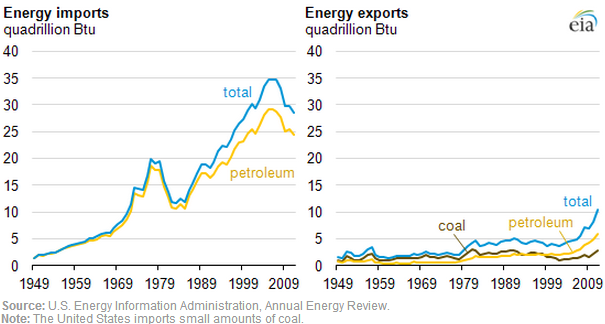 The Utica:  “The play is a home run.  It’s just not a black oil play. The results [Gulfport] is putting up are above and beyond almost anything we’ve seen from the prolific shale plays.”  SNL

Turning natural gas to diesel is the holy grail.  Sasol:  A Big, and Risky, Energy Bet at the NY Times.

On Tuesday the IEA released an important coal report.  Some takeaways from Reuters:

“The world will burn around 1.2 billion more tonnes of coal per year by 2017 than it does today, which equals the current coal consumption of Russia and the United States combined…”

“China to use more coal than rest of the world combined”

“U.S. demand for coal is forecast to fall by 3.7 percent a year by 2017 due mainly to greater efficiency in industry…”

While in the U.S Old King Coal’s Uncertain Future at WSJ…

Worldwide “A Desperate Need for Electricity in China and Other Developing Countries Is Fueling Global Coal Use” and “The divide between the rich countries and everyone else is fundamentally about electricity” the Daily Beast.

Peabody, Cheap For a Reason, Could be Just Plain Cheap in a Coal Turnaround at Ycharts.  New members might not realize CLD would be my favorite coal play…

Uranium:  The Facts About One of the Biggest Energy Trades of the Decade (Daily Wealth) and This Could Be the Start of Another Triple-Digit Run also at Daily Wealth.  Uranium picks:  AMP 2012.

Members can expect an industrialization and commodity post Friday and some interesting stuff Monday.  Do not expect anything for Saturday and Christmas Day.  In laws, toddlers, the birth of Christ and such…