Answer:  When futures contracts rolls over.  The November NG contract expired and December is now the front month.  Most E&P’s have very modest hedges in place through 2012 while being grossly under-hedged for 2013 and beyond.  The gas rig count will continue to be dormant until prices rise enough to provide meaningful cashflow and allow profitable hedging.  Outside of the Marcellus, $4 natty will not do it.  E&P capex looks to fall next year (The Street).

But first, pictures of what Sandy left behind:  Business Insider.

“The world isn’t going to run out of oil anytime soon. But there’s still concern among various geologists and analysts that our oil supply won’t grow as quickly or as easily as it used to.” (Washington Post)  ISA thought:  Well yes, world crude oil production will not increase significantly.  But coal and natural gas production growth can and will be robust.  The world is not short of btu’s and is adjusting.

The doomer version:  Peak oil may already be here, and the knock on effect could range from bad to truly awful at Mining.  The chart is interesting and right up Jeff Rubin’s alley:

The long version:  Oil and the World Economy: Some Possible Futures at the IMF.

Shale gas transforming US economy as reported by the Sydney Herald.

After five consecutive weeks at 20, the Haynesville play rig count fell to 19. 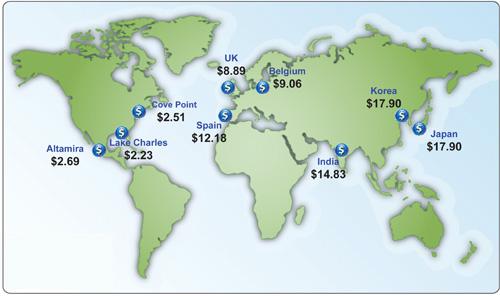