“The US is growing its oil output more than the entire increase in demand for the rest of the world,” said Pavel Molchanov, a senior energy analyst at Raymond James.

Not the stuff of a bullish oil market:  Iran to voluntarily curb crude oil export at Sober Look.

US Oil Production Rises To Highest Since 1994, Up 1M Barrels Per Day From Year Ago at HAI.

“Two years ago, no one had ever heard of the potential of the Cline Shale oil play.  Now, the 140-mile-long and 70-mile-wide oil shale is anticipated to be one of the largest oil plays in American history.”  Lubbock Online

“Crude production from the Bakken and Three Forks formations could rise by another 50-100 percent in the next three years, and not start to decline until 2020 or even 2025, according to official projections from the North Dakota Oil and Gas Division.”  And we know the government bureaucrats are behind the curve.  Reuters

A doom and gloom peak oil type takes a look at US shale oil, and after the negative bias is cleared away much worthwhile info is presented.  Crude Oil Peak

The New Future of Energy Policy by Gregor, who always has a unique and fact driven perspective.

“Saudi Arabian oil minister Ali Naimi Sunday called for the rationalization of the kingdom’s domestic energy use as a senior energy official warned that oil consumption was growing at ‘a frightening level” at Platts.  Thus Saudi Arabia announces $109bn solar strategy (Guardian).  Um, this is super bullish for silver demand.

Between Thursday’s build and the weather map, natural gas looks to be soft in the near term.

“The Marcellus Shale region now accounts for 26 percent of the country’s shale  gas production, according to the latest report from the U.S. Energy Information Administration.”  Also, “The Marcellus had 88 active rigs in October after declining by 53 rigs over  the past year, according to Baker Hughes data cited by the government  agency.  Over the past year, the number of rigs drilling in the Utica Shale has  doubled to 28, with a vast majority of those rigs drilling for oil.”  Post Gazette

Chicken or the egg:  Is oil scarcity and price a catalyst in the anemic developed world recovery and growth?  (Economist) 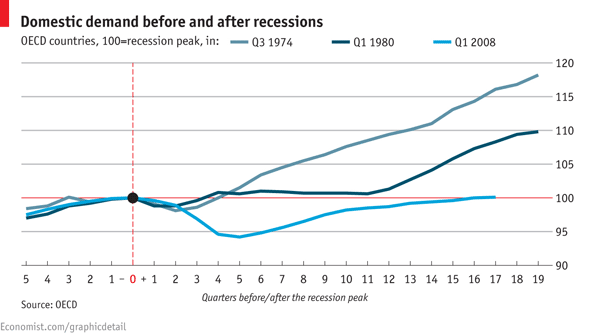