Commentary on auto sales and GM.  Which ties in with platinum…

Rally in platinum price shows no signs of ending (Mining).  Platinum Prices Are At Important Levels (All-Star Charts).  FNV has healthy exposure to platinum royalties, but is being dragged down by Inmet’s Petaquilla drama (Globe and Mail).  Gold and silver prices seem broken…

NRP reported fourth quarter and 2012 results, along with 2013 guidance.  Seems to me cash flow shall continue close to the distribution level through the continuing coal cycle trough.  However, further down the road the picture is bright.  Look out above should coal regain its footing just as more recently developed business ramps up mid-decade.

Nathan, If WLT breaks out, then TCK would be expected to move to: 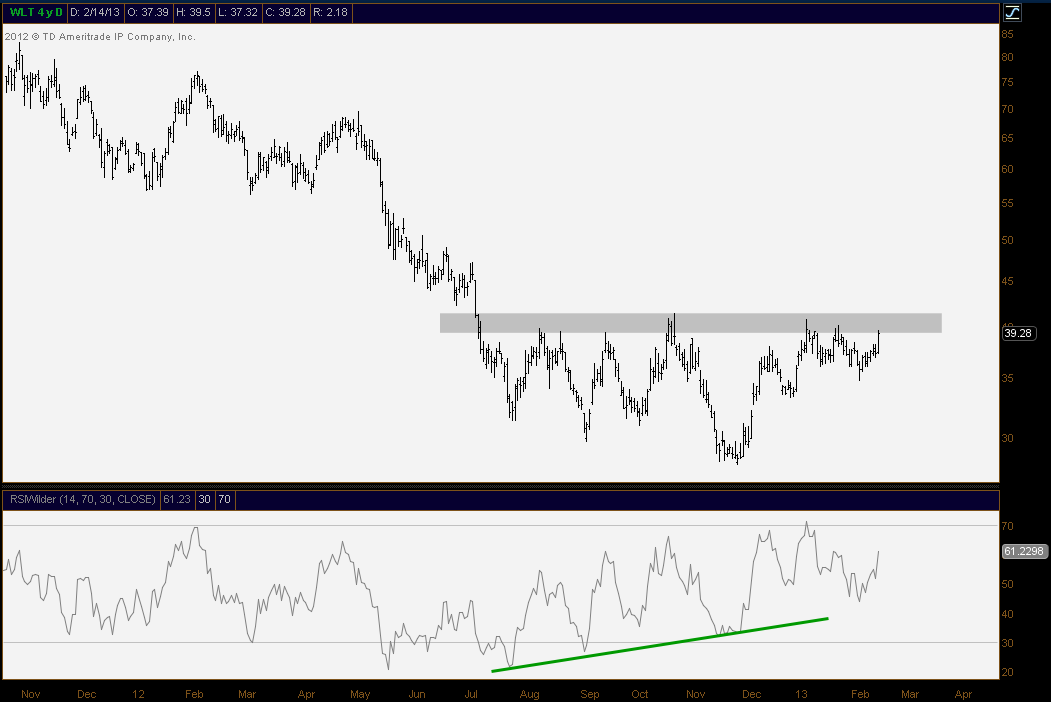