“It took approximately five centuries (from 1300 to 1800) for the standard of living to double in terms of income per capita. Between 1800 and 1900, it doubled again. The twentieth century saw rapid improvements in living standards, which increased by between five or six times. Living standards doubled between 1929 and 1957 (28 years) and again between 1957 and 1988 (31 years).”  What’s the outlook going forward?  Satyajit Das and part 2.

An investor’s outlook for world economic growth ought to be a chief determinate in his commodity investment outlook.

Why commodity prices will rise again at Commerzbank.

Bespoke’s Commodity Snapshot show’s everything is down except natural gas.

Natural gas heats up as commodities cool down (Globe and Mail) and Natural gas is the world’s best-performing commodity so far this year (Financial Post).

Google the title Energy Hedge Funds Caught Out in the Cold to read the WSJ piece.

From before Friday’s pullback: 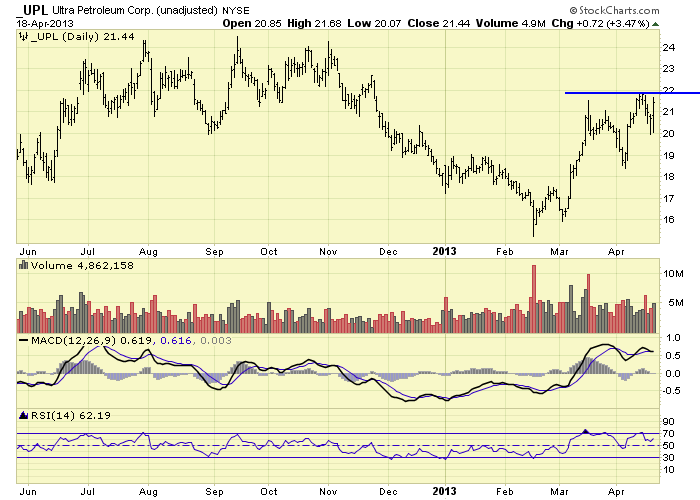 Natural gas hitting 52wk highs for a 4th week in a row: 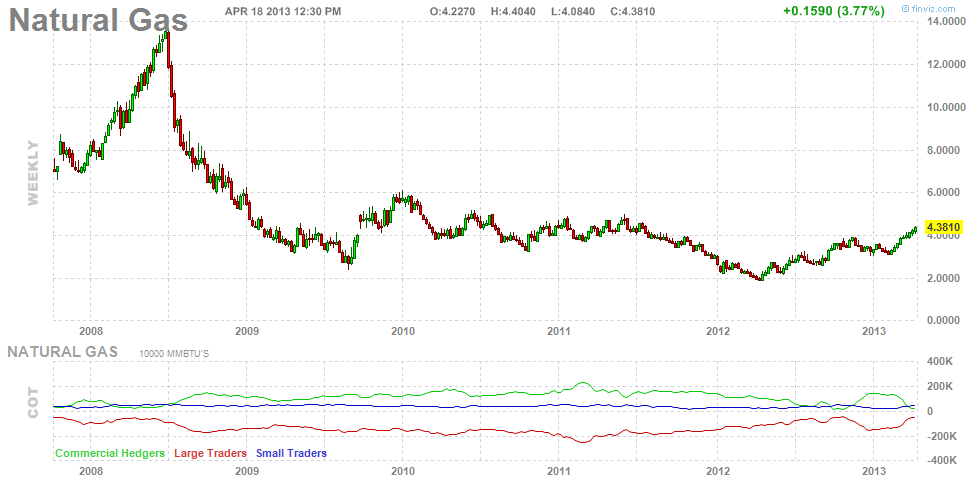 One year ago natural gas bottomed as many pundits were calling for a meaningful price rise.  Yet between the contago and skimpy producer profits at $4, no one has made any money from the double in price.  Perhaps that is about to change.  Or maybe U.S. Gas Prices May Stay Below $6 for a Decade, Trade Group Says at Bloomberg.

Update:  The Brooklyn Investor’s thoughts on the Loews 2012 Annual Report.

Barclays Titles Their Latest Commodity Research “The Commodity Refiner: From an age of shortage to an era of enough?”  The Climateer

Flags flying at half mast in Gold and Silver by Peter Brandt.  If he is right, the beloved darling SLW will no longer fall with the sector, but magnify the losses.  Weal C…

After all, and the goldbug community will not tolerate such talk, but the Federal budget deficit is collapsing on a cyclical basis:  Calculated Risk.